Japanese automaker Toyota is forced to recall more than three million vehicles worldwide over fuel pump flaws that could cause the engines to fail.

It has recently recalled 1.2 million line-ups of its namesake as well as Lexus models in the United States. The vehicles include cars, minivans, SUVs and trucks which have fuel pumps that can stop operating and eventually lead to car crash.

The company spokesperson said: “If this were to occur, warning lights and messages may be displayed on the instrument panel” but warned that “If a vehicle stall occurs while driving at higher speeds, this could increase the risk of a crash.”

According to Yahoo News, the world’s largest carmaker has expanded its recall and now covers 1.8 million vehicles in the United States and 3.2 million globally.

Owners of the said models should expect a notification from the company by May this year. Their vehicles’ faulty fuel pumps will then be replaced for free.

The expansion serves as another blow to Toyota’s reputation for quality and safety.

However, the multinational automotive manufacturer has clarified that this will not affect its sales forecast for 2020. 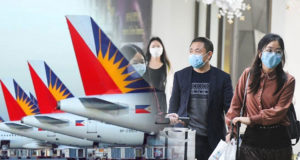 Merry Gel Sigui - January 28, 2020
0
As the new strain of coronavirus continues to spread worldwide, the Philippine Airlines (PAL) announced that its passengers with booked tickets to...