Tesla Inc., has confirmed entering into agreements with Chinese lenders for a secured term loan facility of up to 9 billion yuan ($1.29 billion) in order to finance its growing operation in its Shanghai car plant.

The released filing indicated that the electric car maker also agreed to having an “unsecured revolving loan facility of up to RMB 2.25 billion” that will likewise be used in the Gigafactory Shanghai, its first car manufacturing site outside the United States.

“On December 20, 2019, proceeds from one of the new facilities were used to repay in full the subsidiary’s drawn amounts on its existing bridge loan facility of up to RMB 3.5 billion, which was terminated as a result of the full repayment,” the statement read.

Reports say that the factory in China serves as Tesla’s “centerpiece” as it hopes to reduce spending on import tariffs imposed on US-made cars, thus, boost sales in the world’s biggest auto market.

Tesla, Inc., is an American automotive and energy company based in Palo Alto, California. With its mission to accelerate the world’s transition to sustainable energy, it specializes in manufacturing electric cars and solar panels. 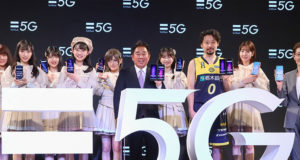