“The new year has started with a bang in so far as volatility is concerned.”

Following a tense trading on Tuesday due to the said clash between two nations that led to the killing of a top Iranian General, the world market has been greatly affected with equities falling and oil price soaring.

The sell-off in stocks and a spear in crude values was brought about by fears of military escalation since US President Donald Trump warned of a “major retaliation” after a US drone strike assassinated Qasem Soleimani on weekend.

On the other hand, gold climbed as much as 2.3% to $1,588.13 per ounce. This level was last recorded seven years ago when stockholders flocked to the safe-haven precious metal.

Jasper Lawler, Senior Market Analyst at London Capital Group, said it should be expected that the impact of the Middle Eastern tensions will be more durable in commodities markets than in equities.

Reports said that the crisis has also shaken the investors who were anticipating a slight improvement in the global economy as China and the US prepare to ink their mini trade deal next week. 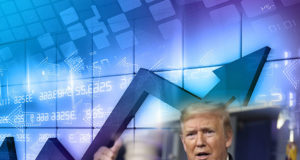 Global markets rise as US nears trillion-dollars’ worth stimulus package

Merry Gel Sigui - March 25, 2020
0
After a sudden sink last month, world stock markets sharply soared Tuesday following the announcement of the United States that it is...