Mike Lynch, the former CEO of United Kingdom-based software company Autonomy, has been arrested over charges of fraud and conspiracy.

Reports said that the entrepreneur is subject to a £3.8bn civil fraud trial in London after he deceitfully overstated the worth of Autonomy before it was sold to Hewlett-Packard in 2011.

HP acquired autonomy for £8.4bn and after one year it has taken a write down to £6.7bn.

Prosecutors regarded the case as “serious accounting improprieties” noting that Lynch and his executives inflated the company’s profits for almost three years that caused HP to overpay for the firm.

At the same time, Lynch is also being pursued by the US Department of Justice to face criminal charges as part of the extradition process that was officially requested on December 1.

“The US Department of Justice should not have commenced extradition proceedings prior to the judgment of the English High Court,” Lynch lawyers said.

The legal advisers also claimed that Lynch has only submitted himself for arrest for formality but was later released on bail of £10m by Westminster Magistrates’ Court.

They also stressed that Lynch has steadfastly denied HP’s accusations and worked hard to properly address the issue. The lawyers furthered that Lynch is determined to fight the charges.

On the other hand, the tech giant’s founder Lynch may serve a maximum sentence of 25 years in prison if found guilty. 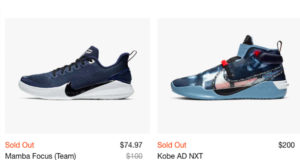