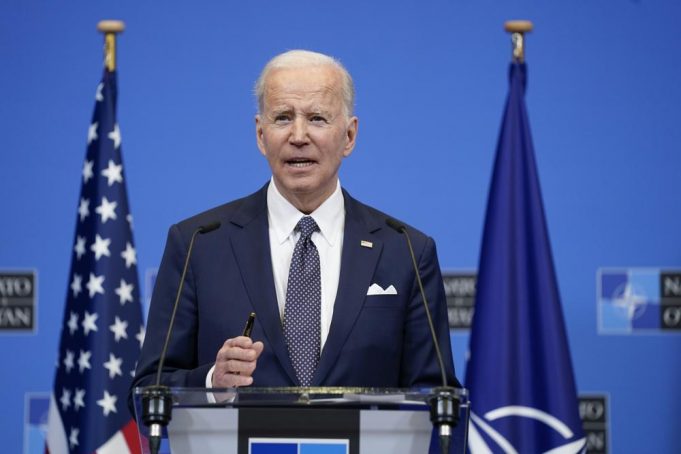 BRUSSELS: With stunning speed, Russia’s war in Ukraine is driving Western Europe into the outstretched arms of the United States again. Especially apparent when President Joe Biden offered a major expansion of natural gas shipments to his European Union counterpart.

Talking to European Commission President Ursula von der Leyen, Biden said the core issue was “helping Europe reduce its dependency on Russian gas as quickly as possible.” And Europe relies on Moscow for 40% of its natural gas. Used to heat homes generate electricity and drive industry, needs the help.

An economic miscalculation with massive geopolitical consequences. Many European Union nations let themselves become ever more reliant on Russian fossil fuels over the years. Vainly hoping trade would overcome Cold War enmity on a continent too often riven by conflict.

That longstanding practice meant the 27-nation bloc could not simply stop Russian energy imports. As part of Western sanctions to punish Moscow for the invasion a month ago.
And changing energy policy is about as cumbersome as turning around a liquefied natural gas carrier on a rough sea. In reality, it will take years.

This is where Biden stepped in. Under the plan, the United States and a few like-minded partners will increase exports of liquefied natural gas. Or LNG, to Europe by 15 billion cubic meters this year. Those exports would triple in the years afterward. A necessary move if the EU can back up its claim to be rid of Russian imports in five years.

Von der Leyen said.“We are right on track now to diversify away from Russian gas and towards our friends’ and partners’ reliable and trustworthy suppliers.”

It will take huge investments, and getting more liquefied natural gas to Europe could be difficult. U.S. export facilities are already operating at capacity, and most new terminals are still only in the planning stages. Most U.S. shipments already go to Europe.

Even if more gas can be shipped to Europe, the continent may struggle to receive it. Import terminals are in coastal areas, and Europe’s pipeline system doesn’t have all the connections needed to send the natural gas throughout the continent.

But Europe is looking anywhere it can for solutions. Some countries Germany, Italy, and Bulgaria among them are more heavily dependent on Russian gas than others. Complicating efforts to agree on either a faster exit or a complete boycott now.

Germany Chancellor Olaf Scholz has said an immediate embargo through energy sanctions would cost thousands of jobs and leave schools and homes unheated. Meanwhile, Europe must still replenish gas reserves that were heavily depleted during the past winter.

Yet, LNG can’t simply be conjured out of thin air. It requires export terminals that turn the gas into a super-chilled liquid, then a reception terminal on the other end to turn it back into gas form to go into Europe’s pipeline system. The terminals cost billions and take years to build. With gas prices high from an energy crunch and the war’s jolt to volatile energy markets. Terminals and tankers around the globe are fully booked already, leaving customers competing for available shipments.

Although the U.S.-EU initiative will likely require new facilities for importing liquefied natural gas. The White House said it is also geared toward reducing reliance on fossil fuels in the long run. Through energy efficiency and alternative sources of energy.

But climate campaigners criticized the agreement and called instead for the U.S. and EU to focus on renewable energy and reducing fossil fuel demand.

That “is a more affordable and sustainable solution that does not lock Europe into infrastructure or deals it does not need,” said Raphael Hanoteaux, senior policy adviser at the Brussels-based environmental group E3G.
The U.S. has been dramatically increasing its LNG exports in recent years. And most already go to Europe, according to the Center for Liquefied Natural Gas, an industry lobbying group. Although much of the supply is already contracted out to buyers, there are still opportunities to shift its destination.

Emily McClain, gas markets analyst at Rystad said.
“The U.S. is in a unique position because it has flexible LNG that can be rerouted to Europe or to Asia, depending on who’s willing to pay that price.”

Under the deal, a senior U.S. administration official said the government will continue existing efforts to supply LNG. While over time, Europe will be committing to stable demand of some 50 billion cubic meters. 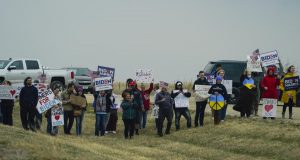 Biden waiving the ethanol rule in a bid to lower gasoline...