LONDON UK: Britain’s communications regulator revoked the license of the state-funded Russian broadcaster RT amid concern that its coverage of the war in Ukraine was biased.

The decision comes as the regulator, Ofcom, conducts 29 investigations into the impartiality of RT’s coverage of the Russian invasion of Ukraine. The volume and nature of the issues raised by these inquiries are of “great concern,” the regulator said. Particularly because RT had been fined 200,000 pounds for previous violations of impartiality standards.

Ofcom said. RT’s funding from the Russian state, as well as the fact that Russia invaded its smaller neighbor, were also part of the decision.
As a result, Ofcom ruled that RT’s parent company, ANO TV Novosti, isn’t “fit and proper to hold a U.K. broadcast license.” The move is largely symbolic, as the broadcaster is already off the air due to sanctions imposed by the European Union.

“We also note new laws in Russia which effectively criminalize any independent journalism that departs from the Russian state’s own news narrative. In particular in relation to the invasion of Ukraine,” the regulator said in a statement. “We consider that given these constraints it appears impossible for RT to comply with the due impartiality rules of our Broadcasting Code in the circumstances.’’

RT said in a statement that the regulator had robbed the U.K. public of access to information and ignored its “clean record″ of four consecutive years.

RT deputy editor-in-chief Anna Belkina said that with its decision Ofcom “has shown the U.K. public, and the regulatory community internationally. That despite a well-constructed facade of independence, it is nothing more than a tool of government, bending to its media-suppressing will.”

Government minister James Heappey said Ofcom’s decision was “very welcome.” But he stressed that “it was the regulator that took the choice rather than the government.”

Meanwhile, a court in Germany has dismissed a legal bid by RT to allow it to continue broadcasting in the country.

Berlin’s administrative court said that RT DE may not be distributed in Germany pending regular court proceedings in the case. German media regulators last month issued a ban on RT DE citing its lack of broadcasting license.
RT DE had sought an emergency injunction against the ruling. 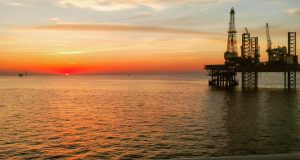