The Government of the United Kingdom downgraded Deputy Chair Lord Berkeley’s claims that the development of the High Speed 2 (HS2) project has an “out of control cost.”

Berkeley, who himself chairs the review panel of the high-speed rail line scheme, said that the project would cost over £108bn, making it way too expensive considering that the official budget only ranges to a maximum of £88bn.

“There is “overwhelming evidence” that the costs of HS2 are “out of control” and its benefits overstated,” said Berkeley.

But the government contested that these are merely the deputy chair’s opinions and criticisms about the project, which in fact, were already rejected by northern business and political leaders.

Manchester City Council Leader Richard Leese said the HS2, which connects London and northern England, should be completed as part of the “Connecting Britain” campaign which was earlier launched in September last year.

“We need HS2 and Northern Powerhouse Rail delivered together, in full,” Leese stressed.

For his part, Rail Industry Association Chief Executive Darren Caplan said: “Let us be clear, HS2 is vital for the UK as it seeks to boost its transport infrastructure for the whole country in the coming decades.”

Based on the official calendar for the project, the trains are scheduled to start operating between London and Birmingham in 2029.

But reports said that since the government prior introduced an independent review of HS2, the project will not commence until the result of the Oakervee Review is published. 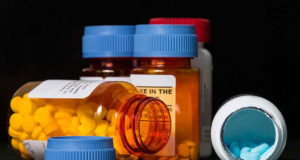 Merry Gel Sigui - March 6, 2020
0
The continued closure of factories in China due to the coronavirus threatens the supply of medicines worldwide as the production of active pharmaceutical...