The US Citigroup Inc. and French bank BNP Paribas were reportedly involved in the escalating trade war of the US and China.

The recently released documents of the British Columbia Supreme Court showed that the two banks have business dealings with the Chief Financial Officer of China’s Huawei technologies Meng Wanzhou.

Meng, the daughter of Huawei’s billionaire founder Ren Zhengfei was arrested in Vancouver Airport in December last year on charges of bank fraud and violation of US sanctions against Iran. She is currently fighting extradition to the US.

Huawei was placed on the blacklist by US President Donald Trump saying that the company’s smartphones could be used by China to spy on Americans but Huawei has vehemently denied the accusations.

Court documents showed that four international banks provided bank transfers for Huawei to Iran despite US regulations prohibiting the provision of their funds to Iran. All banks through their spokespersons declined to comment on the matter including us prosecutors.

It was also found out that Meng and other officials of Huawei deceived HSBC et al. by misleading the business relation with Skycom, an Iranian computer firm.

According to US prosecution, Huawei used Skycom to bring US equipment, embargo listed goods, and technology to Iran; and the money was illegally transferred through the four banks.

All the banks have been claimed to be misled by Meng and Huawei’s deception and cooperation with US authorities in providing documents on the Iranian transactions. They were also fined huge amounts for violating the anti-money laundering laws: BNP Paribas with an $8.9 billion in 2014 and Citigroup with a $217 841 for breaking US sanction laws. 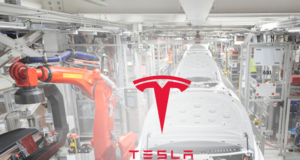 Merry Gel Sigui - March 12, 2020
0
Tesla Inc. Chief Executive Officer Elon Musk said that he is searching for a site in the central United States that could...