Home Breaking News The US to seek Russia’s suspension from Human Rights Council. 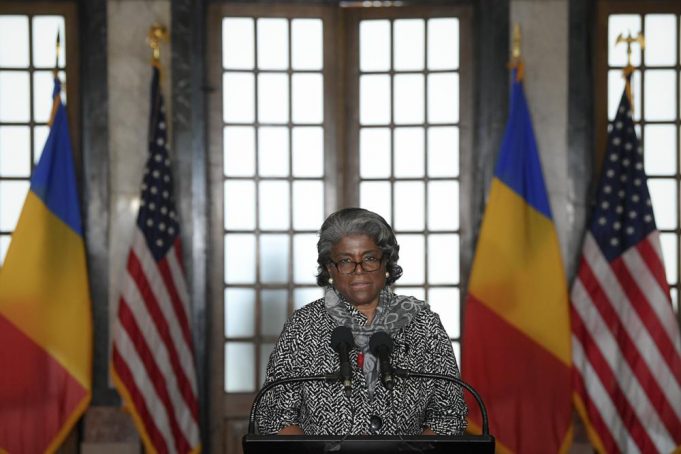 BUCHAREST, Romania: The United States plans to seek a suspension of Russia from its seat on the U.N.’s top human rights body. Pointing to increasing signs that Russian forces may have committed war crimes in Ukraine. U.S. Ambassador to the United Nations Linda Thomas-Greenfield said Monday.

Thomas-Greenfield made the call for Russia to be stripped of its seat in the Human Rights Council. In the wake of reports over the weekend about violence against civilians in the town of Bucha, near the Ukrainian capital Kyiv, after Russian forces pulled out. The reports have sparked a wave of outrage and condemnation against Russia.

“We believe that the members of the Russian forces committed war crimes in Ukraine. We believe that Russia needs to be held accountable,” Thomas-Greenfield said at a press conference in Romania’s capital, Bucharest.

The U.S. ambassador called Russia’s participation in the Human Rights Council a “farce.” That “hurts the credibility of the council and the U.N. writ large” and is “simply wrong.”

The 193-member U.N. General Assembly in New York has the final say. And any resolution to strip Russia of its membership rights would require support from two-thirds of member countries who vote.
Thomas-Greenfield said her message was simple to the 140 assembly members. Who voted last month to condemn Russia’s invasion of Ukraine: “The images out of Bucha and devastation across Ukraine require us now to match our words with action.”

“We cannot let a member state that is subverting every principle we hold dear continue to sit on the U.N. Human Rights Council,” she said. The 47-member-state council is the U.N.’s premier human rights body, and the General Assembly chooses its member states.

Russia and the other four permanent members of the U.N. Security Council Britain, China, France, and the United States. All currently have seats on the rights council which the U.S. rejoined this year.
In New York, General Assembly spokeswoman Paulina Kubiak said on Monday that no request for a meeting on the issue has yet been received.

Russia’s ambassador in Geneva shot back by calling the U.S. statement “baseless, unfounded and purely emotional bravado. That looks good on camera just how the US likes it.”

“Washington exploits the Ukrainian crisis for its own benefit in an attempt either to exclude or suspend Russia from international organizations. Including the HRC here in Geneva,” Gennady Gatilov said, in comments relayed by a Russian diplomatic mission spokesman.

The only country to have its membership rights stripped at the council was Libya in 2011. When upheaval in the North African country brought down longtime leader Moammar Gadhafi, said council spokesman Rolando Gomez. The council started work in 2006.

No permanent member of the security council has ever had its membership revoked from any U.N. body.
Referring to the General Assembly, Gatilov said the U.S. effort “is unlikely to be supported by the majority of its member states.”

Ukrainian officials said the bodies of 410 civilians were found in Bucha and other towns around Kyiv. That has been recaptured from Russian forces in recent days.
Thomas-Greenfield said she would go to the Security Council on Tuesday on her return to New York to “address Russia’s actions firmly and directly.”

The U.S. ambassador mentioned the U.S. plan during a bilateral meeting with Romania’s Prime Minister Nicolae Ciuca. Whose government she praised for its “extraordinary effort” in receiving hundreds of thousands of refugees from Ukraine. More than 600,000 refugees have fled to safety in Romania since Russia launched its attacks.

Thomas-Greenfield’s visit to Romania came a day after she met with leaders in Chisinau, Moldova’s capital. Where she announced that the U.S. will give the country $50 million (45 million euros). “To help the Government of Moldova and its people cope with the impacts of Russia’s brutal and unprovoked war.”

Moldova, a former Soviet republic with a population of around 2.6 million has so far received around 400,000 refugees from war-torn Ukraine. The $50 million assistance is in addition to more than $30 million. The U.S. has provided Moldova with its humanitarian efforts during the crisis. 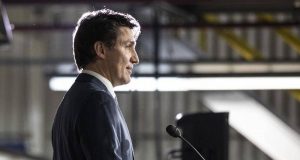 Trudeau reaches deal to keep his party in power till 2025