As a way to start the decade right, countries like Thailand, France and Mexico have announced separately their implementation of the single-use of plastic bags as part of their zero-waste environmental campaigns.

In Thailand, the law was launched by the government and retailers following series of incidents that caused risks to the environment and to the animals as a deer and a dugong were found dead with plastics in their stomachs.

The ban which was initiated last year is continued this 2020 by prohibiting the use of plastics at major stores. A complete ban is geared next year to effectively reduce waste and debris in the ocean.

“Thailand was ranked sixth among the world’s top countries that dump waste into the sea,” Minister of Natural Resources and Environment Varawut Silpa-Archa said in an interview.

In France, plastic products such as disposable cups, plates, straws and cutlery were banned as part of its legislative measure effective first day of the year.

The ban, as stated in the decree, covers all products that are “not conceived, created or marketed to be reused for the same use for which they are intended.” Thus, it no longer concerns the plastics used as packaging material.

France’s Zero Waste Campaign Director said: “It’s not just symbolic, because these are also objects, we’re used to seeing littered all around: they’re light, they’re easy to carry pretty much anywhere, and we often see them in nature.”

Manufacturers are given six months to have their previous stocks of the prohibited products be traded to the market.

Meanwhile, Mexicans are advised to embrace their old ways of packaging or wrapping goods and products as the plastic ban gets implemented.

Environmental Awareness Director Claudia Hernández said they “have a very rich history in ways to wrap things” noting that the people of Mexico are used to taking home products with reusable cloths or woven straw baskets as packaging.

Under the new law, fines will be imposed on grocery stores that will freely provide plastics to consumers. 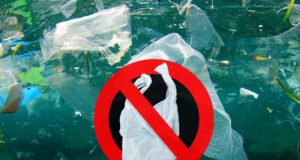 Malaysian companies urged to reduce plastic use to clean oceans

Merry Gel Sigui - February 19, 2020
0
The World Wide Fund for Nature (WWF) is urging the Malaysian government to work with companies to immediately come up with effective...