Tesco’s plan to sell its Asian assets may face scrutiny due to the new anti-competition regulations imposed by the Thai government.

Sakon Varanyuwatana, chairman of Thailand’s Office of Trade Competition Commission, said the supermarket’s deal that is potentially valued up to $10bn (£7.7bn) could be at risk if any laws get violated.

Tesco has more than 2,000 stores in Thailand and Malaysia that it hopes to sell to the three Thai bidders.

Thai’s policy states that authorization must be secured from the Trade Commission if the winning bidder could own more than half of the total market share.

“The size of this bid and its scale means that potentially whoever ends up buying the Tesco assets could end up having more than 50% of the convenience, supermarket and hypermarket retail landscape,” Sakon said.

Any bidder that is found to breach the regulation will be fined an amount not more than 0.5% of the transaction value.

“We have the authority to prohibit the merger or acquisition if we believe it will lead to a monopoly,” the chairman continued.

This means that giant retail company Tesco may not get the deal it wants for its outlets.
Reports from the Euromonitor have shown that Tesco’s Asian stores are mostly located in Thailand and these make up 28% of the country’s supermarket chains. 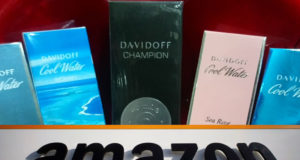