The Central Bank of the Philippines, or “Bangko Sentral ng Pilipinas” (BSP) in Filipino translation, warned the public against fake designs of banknotes that were recently posted on social media.

BSP released an advisory on January 23 saying that the postings were made by an existing Facebook account with the user name “Bangko Sentral ng Pilipinas” that is not officially associated with them.

“Moreover, images and information on Philippine currency posted in the account are false as they are clearly inconsistent with the features of genuine Philippine banknotes,” the advisory read.

The country’s top financial institution furthered that it has already reported the fake account to Facebook and requested to have it taken down.

On January 10, the BSP also warned Filipino social media users against a fake Instagram account that bears its logo and uses the name “bangko_sentral_lottery.”

It was later confirmed as a scam and the public was urged not to share any information or transact through the unauthorized account.

The BSP advised the public to follow only its existing and verified social media accounts for real updates and announcements. 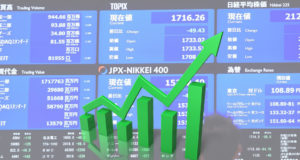