Originally scheduled in March, the Organization of the Petroleum Exporting Countries and its allies decided to convene earlier to evaluate the sharp decline in oil prices after the coronavirus outbreak.

The members of the intergovernmental organization and their ally Russia will hold a “joint technical committee’ in Vienna from February 4 to 5.

CNBC reported that oil markets are expecting improvements this year as the US and China signed their Phase 1 pact. Unfortunately, they are now facing oil production cuts as fears on novel coronavirus hit the Chinese and global economies.

John Kilduff, the Founding Partner of investment firm Again Capital, regarded the current oil issue as a “worst-case scenario” since China is the world’s second-largest economy and a huge consumer of crude.

Reports said that America’s benchmark oil contract West Texas Intermediate has dropped by around 18 % over the previous month. While other leading oil exporters including Saudi Arabia said the impact of the virus on oil demand was extremely limited.

Helima Croft, the managing director and global head of commodity strategy at RBC Capital Markets, expressed hopes that the meeting would result in decisive measures to influence the oil price.

“I don’t think you would call an early meeting just to roll it over,” she said.

According to a media source, OPEC officials and partners can either recommend the extension of current oil supply curbs beyond March or the implementation of deeper production cuts.

OPEC and Russia have recently agreed to deepen oil outputs by withholding 1.8 million barrels per day to prevent a glut. 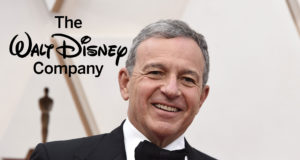 Merry Gel Sigui - February 27, 2020
0
Walt Disney Co. announced on Tuesday that chief executive Bob Iger has stepped down from the top job after more than 15 years...