Fast retailing company, the owner of Japan’s Uniqlo, announced that it has reopened most of it stores in China, particularly those located outside the coronavirus-epicenter Hubei province.

Only 30 of the 750 stores of the Japanese casual wear designer, manufacturer and retailer remain closed as of March 19.

Last month, Uniqlo has reportedly closed more than 300 of its clothing lines and partner factories in China as the deadly virus continues to spread fast not only in the mainland but globally.

The closures have resulted to a significant hit in the company’s revenues considering that China is one of its important markets.

An analysis by S&P Global Market Intelligence also said that Fast Retailing is among the firm’s that felt the heat of the pandemic since a huge number of its factories and mills are located in China.

During the recent trading, Fast Retailing’s stock price dropped to almost 30%, closing at 46,000 yen on Monday.

The retail holding company has yet to decide whether it will shut operations in its 60 stores in North America.

Other retailers like Nike Inc and Lululemon Athletica Inc have similarly said that they will close stores in the United States which has been seeing a rise in coronavirus cases for the past weeks.

Meanwhile, analysts believe that Fast Retailing will survive the possible recession due to its resiliency and sufficient liquidity.

“We think the worst for Fast Retailing’s overseas operations is already in the past, and a slow but steady recovery has begun,” Jefferies told reporters. 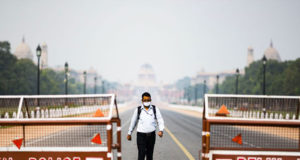