The protests in Hongkong are having a negative effect on the
tourism and economy that local banks have placed full-page ads in newspapers
imploring the restoration of law and order and criticizing the excessive force being
done in these demonstrations.

HSBC, Standard
Chartered and Bank of East Asia published the ads in all Asian newspapers in
the financial district calling for the return of peace and calm.

The continuing protests have affected the small and medium
business wherein a 75% plunge was reported by Bank of East Asia in the
first-half net profit because of the loan devaluations in China.

A recession seems to be imminent in Hongkong if the
demonstrations doesn’t stop. Thousands of residents took to the streets to
protest in what they called an intrusion of China in the freedoms agreed upon
in the turnover of Hongkong from Britain in 1997. The “one country, two
systems” formula that Hongkong enjoyed is eroding with the now-suspended bill
that would allow criminal suspects in Hong Kong to be extradited to mainland
China for trial.

Hong Kong leader Carrie Lam said on Tuesday that the
extradition legislation was off the list but did not say if it was dead, as
protesters wanted.

More protests are expected in the near future with students
staging a rally on Thursday and in September coordinated strikes throughout the
city are planned.

HSBC and Bank of East Asia called for a dialogue between
parties although they did not specifically name who are they calling.
Protesters are demanding a return of political reform, withdrawing charges to
those detained and an independent probe on violent government forces.

Beijing has blamed the United States and other foreign
countries in instigating the riots and will not hesitate to use force should
the riots get out of hand. Already there is a massive military force gathering
at the border between Shenzhen and Hongkong. The government claims it is
conducting military exercises. 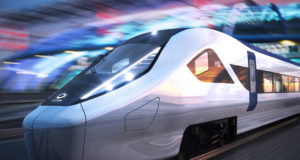