The month-long bushfires in Australia have created an adverse impact on the wildlife, with millions of animals killed and habitats destroyed.

With this, the Australian government has taken a stride to save the remaining species by airdropping thousands of pounds of vegetables across New South Wales on Monday.

The animals, including the endangered rush-tailed rock wallabies, were fed with carrots and sweet potatoes, according to New South Wales Environment Minister Matt Kean

“The provision of supplementary food is one of the key strategies we are deploying to promote the survival and recovery of endangered species,” he said.

The government agency said it will continue its delivery of food to the marsupial species until natural food and water becomes accessible again.

An amount of $50m emergency the fund was also allotted by the government to help address the devastating environmental issues posed by the crisis, thus, rescue and protect the country’s wildlife.

Critics say the funding is a good start but it is not enough.

Meanwhile, some animal welfare organizations have been actively conducting fundraising initiatives online to provide assistance and shelter to the animals affected by the fire disaster.

Authorities have reported that since the wildfires started in September, some 1 billion animals have already died. 800 million of these deaths were recorded in New South Wales alone. 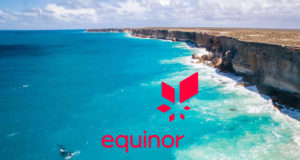 Merry Gel Sigui - February 26, 2020
0
Equinor, a Norwegian multinational energy company, announced that it has abandoned its plan to drill for oil in the Great Australian Bight...