The World Health Organization suggested that Asia has to step up its measures for infection prevention and control following reports of a China virus outbreak.

Media reports said that, as of January 16, two persons have died in China from a new pneumonia-like virus that began in the city of Wuhan.

While Japan, Thailand, and Singapore have separately confirmed cases of the virus that have been linked to the Chinese city.

On its website, WHO’s Regional Director for the Western Pacific Dr. Takeshi Kasai wrote that the organization urges its member states and partners, particularly Asia, to reinforce systems for managing health security threats.

Authorities have identified the disease as a coronavirus, which can cause respiratory illnesses ranging from common colds to the potentially fatal Severe Acute Respiratory Syndrome (SARS).

“Any outbreak of an undetermined disease prompts concern across Asia and beyond, and memories remain strong of the 2003 outbreaks of SARS, and bird flu, which infected thousands, killed hundreds and sparked massive disruption to global travel and trade,” Dr. Kasai wrote.

With this, the WHO introduced key points that Asian countries must strictly observe to further strengthen their initiatives and programs aimed at responding to disease outbreaks.

These include the “need to extend and modernize disease surveillance systems at the local level and strengthen decision-making systems to ensure rapid responses.”

The agency also stressed the importance of maintaining strong communication in all relevant sectors and communities so that health emergencies and outbreaks can be easily determined and prevented.

“Finally, we need to continue to strengthen collaboration and coordination between countries for so-called global public health goods — those things that universally benefit all of us, such as clean air and water and protection from infectious diseases,” the post continued.

According to reports, several countries in Asia have started stepping up their health monitoring strategies and quarantine procedures especially among individuals who are confirmed to have visited Wuhan recently. 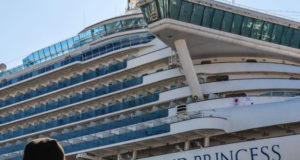 Merry Gel Sigui - February 20, 2020
0
Around 500 passengers of the cruise ship Diamond Princess who tested negative and showed no symptoms of coronavirus infection were allowed to leave on...