Investors across the globe can now expect a “fair and reciprocal trade” said US President Donald Trump as his country’s deal with China finally got signed on Wednesday.

According to reports, it took almost two years before the trade deal was inked by the world’s two largest economies led by US President Trump and China’s Vice Premier Liu He.

The “phase one” agreement includes commitments from China to buy an additional $200 billion worth of American goods and other exports by next year.

It also covers Intellectual property protection and enforcement for the US as well as the crackdown on China’s abusive business practices that were repeatedly confronted by Trump.

“Each Party shall ensure fair and equitable market access to persons of the other Party that rely upon intellectual property protection,” stated page 1-1 of the agreement according to reports.

In return to China’s pledges, the American government approved the reduction of existing tariffs and suspension of duties in Chinese imports that were planned to take effect in December.

US Treasury also reiterated its decision to no longer consider China a “currency manipulator” as the East Asian country already vowed to refrain from money devaluation.

The ‘undesirable tagging’ to China was made by the White House’s department last year due to the ineffective talks in Shanghai and acceleration in tariffs.

President Trump said the U.S. and China are “righting the wrongs of the past and delivering a future of economic justice and security for American workers, farmers, and families.”

For his part, Vice Premier Liu delivered a message from Chinese President Xi Jinping who called the trade deal “good for China, for the U.S. and for the whole world.”

The signing marks the first time since the trade dispute began in July 2018, reports claimed. 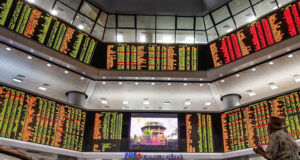 Merry Gel Sigui - March 22, 2020
0
The Malaysian government and Bursa Malaysia have reiterated that they will not suspend the local stock exchange despite the implementation of lockdown...