British banks Clydesdale and Yorkshire are currently in hot water following complaints over errors in customers’ salaries and payments.

The patrons of the two banks took their disappointments to Twitter claiming their anticipated wages and other funds scheduled after Christmas have not appeared on their accounts.

A certain Libby Horbury said: “When will payment issues be resolved? Due to be paid today, no money gone into the account. 11 month old baby to support.”

Some even shared their dismay for the late responses of the said banks which were also alleged of not answering any phone calls.

In their initial statement, the banks urged their clients to communicate with their employers to chase their lost salaries. But hours later, they have apologized and guaranteed that the customers have nothing to worry about potential charges that may have been caused by the system problem.

“Customers will not be negatively impacted financially and we will make good on any charges automatically generated. We are sorry for any inconvenience customers are experiencing, ” the tweet read.

Both Clydesdale and Yorkshire banks, owned by Virgin Money, have initiated investigations to identify the real reason behind the payment errors.

In November last year, a similar incident was encountered by another UK bank named TSB, but it was reported immediately resolved. 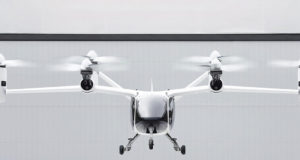