Ride-hailing giant Uber has reportedly laid off at least 80 employees as it shut down a customer support office in Los Angeles.

Media reports said that the closure will allow Uber to focus on its bigger locations. The jobs from the LA office will be shifted to the company’s customer support office in Manila, Philippines.

However, an anonymous source of the Los Angeles Times claimed that the employees in the L.A. facility were not properly informed about this plan.

Uber manager Ruffin Chevaleau has called a meeting to announce the closure and admitted that it was called on short notice.

“This is not easy news to deliver…I know that this is a shock. This meeting is to inform you all that today is the last day in this office,” she said based in a recording obtained by the media.

The company previously eliminated some 1,000 corporate positions, mostly from its marketing, self-driving and engineering departments.

Reports said that Uber’s cut of operational costs is more likely to be part of its strategy for attaining profitability to pacify investors.

Uber has recently moved forward its target year to turn a profit to the fourth quarter of 2020 but said that it still expects around $1 billion loss this year. 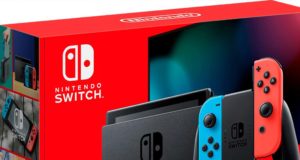 Merry Gel Sigui - February 9, 2020
0
Japanese gaming giant Nintendo has confirmed feeling the heat of the novel coronavirus as it disrupts the production and deliveries of some...