Uber’s co-founder and former CEO Travis Kalanick is set to step down from the board of directors of the world’s largest ride-hailing company effective December 31.

Kalanick announced that he will resign by the end of the year to focus on his new business and philanthropic endeavors after a decade of co-founding Uber.

“Uber has been a part of my life for the past 10 years. At the close of the decade, and with the company now public, it seems like the right moment for me to focus on my current business and philanthropic pursuits,” he said.

In early November, Kalanick was reported to have sold the majority of his shares in the transport app, signifying his intent to keep a distance from Uber.

Kalanick recently acquired a ghost kitchen company which he launched as “Cloud Kitchens” as part of his new ventures. Through software, this provides communal kitchens for delivery-only restaurants.

The former CEO also realized the creation of a fund called 10100 that focuses on both for-profit and non-profit ventures including e-commerce and real estate.

Way back in 2009, Kalanick along with Garrett Camp founded Uber after experiencing a hard time finding a taxi during their Paris visit in 2008.

They have driven a new journey to the taxi industry and transportation sector, making Uber a renowned ride-services giant in the whole world.

However, Uber has also faced scrutiny during Kalanick’s tenure as CEO. The company went under scrutiny over the theft of trade secrets in connection to its self-driving unit.

It could be remembered that Kalanick resigned from Uber in June 2017 after being accused of fostering doubtful business tactics and a ruthless workplace culture that encouraged discrimination and sexual harassment. 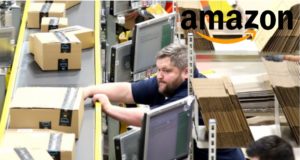 Merry Gel Sigui - March 19, 2020
0
As millions of people around the globe are urged to stay indoors to halt the spread of the coronavirus pandemic, American e...