Televisions will no longer just be viewing appliances as TV manufacturing giants showcased super high definition models that can serve as hubs to control smart devices during the Consumer Electronics Show (CES) held in Las Vegas.

Among the companies that flaunted their top-notch, bigger, and higher contrast TV units were LG, Samsung, Sony and TCL.

The innovative sets are intended to woo internet generations as these use artificial intelligence (AI) technology and are equipped with video streaming and gaming features.

In terms of audio and visual capabilities, the new TVs are backed with advanced technical characteristics including the integration of voice assistants from Apple, Amazon or Google.

A “Sero TV” which allows the viewer to watch from landscape to portrait mode, as if using a mobile or tablet, was proudly exhibited by South Korea’s Samsung.

“Screens have become lifestyle products… It has never been so clear that the role of the screen is changing right before our very eyes,” said Samsung’s President of Visual Display Business JH Han.

The other South Korean electronics manufacturer LG showed off its rollable 65-inch OLED TV that is rumored to cost around $60,000 as it can be mounted to the ceiling and unfolded from above.

According to the Consumer Technology Association, TV makers can pour as much as $23.4 billion in revenue as they are expected to ship around 40.8 million units this year. 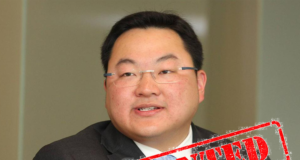