BlackRock’s CEO Larry Fink recently claimed that climate change could trigger a fundamental restructuring of finance as it is worse than the inflation spike in the 1970s.

“Climate change has become a defining factor in companies’ long-term prospects. … But awareness is rapidly changing, and I believe we are on the edge of a fundamental reshaping of finance,” said the head of the global investment management corporation.

Fink, in his annual letter to fellow chief executives which was obtained by The New York Times, said that his company would shift investment policies depending on the sustainability of the environment.

With nearly $7 trillion investments in the third quarter of 2019, BlackRock is still hailed as the world’s largest asset manager.

The CEO furthered that BlackRock would start ending ties with coal producers to urge every company to reshape their way of doing business and reconsider their gas emissions.

“The evidence on climate risk is compelling investors to reassess core assumptions about modern finance,” he noted.

According to reports, most firms from various countries like USA, Australia, and China have raised issues related to the climate crisis.

Record high temperatures and dry spell aggravated by climate have been experienced across the globe since September, leaving more than 20 people dead.

Meanwhile, business leaders and lawmakers are scheduled to assemble next week for the World Economic Forum that is anchored on the theme: “Stakeholders for a Cohesive and Sustainable World.” 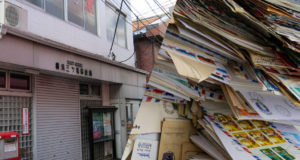