In an exclusive interview with the BBC, Taiwan’s President Tsai Ing-wen said that China needs to accept the fact that her country has long been sovereign.

“We’re a successful democracy, we have a pretty decent economy, we deserve respect from China.”

The re-elected President claimed a landslide victory in the recent race because of her tough stance against China.

Firmly supporting the “One China” principle, the Chinese Communist Party claims that Taiwan must be reunited with them, forcibly if necessary.

But the Taiwanese leader reiterated that her win serves as proof that this concept, which was considered useful, is no longer acceptable.

The self-governing island’s interests, according to her, will be served best by facing the reality and not by semantics.

“Invading Taiwan is something that is going to be very costly for China,” Tsai added.

According to reports, the “One China” the policy could be attributed to the vanquished patriots in the Chinese civil war who fled to Taiwan and kept on considering the island as an inalienable part of a greater China.

“We are an independent country already and we call ourselves the Republic of China, Taiwan.”

For the past years, Tsai had incessantly shown friendly gestures with China by expressing her willingness to talk to Beijing, but these initiatives only got refused, reports said.

The President furthered that her administration strives to boost Taiwan’s investment status by encouraging Taiwanese businessmen who created firms in China to return back to their island. 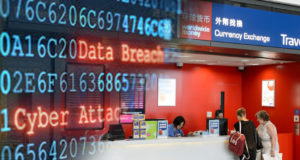 Money trader Travelex down after getting victimized by cyberattack

Merry Gel Sigui - January 8, 2020
0
The London-based foreign exchange company ‘Travelex’ was forced to shut down its online systems across the globe after falling into cyber traps...