World’s largest coffee chain Starbucks closed more than 2,000 branches in China and became the first major American company to warn of sales hit due to the deadly coronavirus.

Reports claimed that the figures represent half of Starbucks’ total stores in China, its biggest market outside the United States. It was in 1999 when Starbucks opened its first Chinese store in Beijing.

The coffee shop chain said it has also adjusted operating hours in some outlets to protect its workers and support the Chinese government’s measures to prevent the spread of the virus which has already claimed hundreds of lives.

Kevin Johnson, Starbucks chief executive, said the company had to delay its 2020 profit forecasts due to the outbreak despite earlier plans of upgrading its financial earnings based on its overwhelming first-quarter performance.

He said that the firm was “navigating a very dynamic situation” despite the fact that the number of closed stores makes up about 10% of global revenue.

The chain’s management explained that the financial impact caused by the outbreak will be determined at least by March depending on how many stores will close and for how long.

“Starbucks is responding to the virus in a thoughtful and responsible way to protect our partners and support health officials and the government as they work to contain this public health risk,” Johnson added.

The novel coronavirus has spread rapidly over the world, pressuring several companies to halt services and transport sectors to limit travel to and from China. 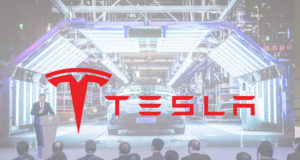