From only 31 cases on February 18, South Korea has confirmed a sudden increase in its coronavirus cases that reached 833 as of Monday afternoon.

The government over the weekend declared that the virus alert has been raised to its highest level and intensified quarantine measures to contain the virus spread.

Aside from human infection, South Korea has also warned that the coronavirus threatens their fragile economy and they are now bracing themselves for the fallout.

South Korea’s economy is quickly impacted by global events due to its trade dependence on other countries particularly in China.

First Vice-Minister Kim Yong-beom confirmed that the deadly virus has already led the drip in domestic consumption and exports to the world’s second largest economy.

The epidemic poses a “large concern that it will limit the trend of economic recovery started late last year,” he added.

A black Monday was also felt by the Asia’s fourth-largest economy as Korean won weakened against its dollar and the its stocks led losses on Monday’s trading among other Asian markets.

The benchmark stock index Kospi was down more than 3% due to the plunge in the shares of auto giant Hyundai Motor. While the Kosdaq closed trading with a fell by 4.3%.

Investors and economists are now awaiting the Bank of Korea to cut its interest rate to head off the virus’ hit to economic growth.

According to reports, South Korean President Moon Jae-in said the government is now reviewing all possible measures to cushion the impact, including the drafting of supplementary budget. 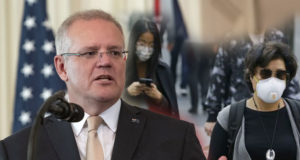