The Dubai Media Office (DMO) has forcefully shut what it considered as a systematic smear campaign against products that were manufactured at the Jebel Ali Free Zone (Jafza) that proliferated in social media.

The campaign claims that UAE goods are inferior, spreading false allegations over the quality and authenticity of the products.

In a series of Instagram tweets, DMO said that Jafza products have good quality as subjected and approved by the Emirates Authority for Standardisation and Metrology (Esma)—an accredited standardization body in the United Arab of Emirates that issue national standards.

“In response to the allegations that are trying to offend the relations between the UAE and Saudi Arabia, especially in the commercial field, our slogan in the Emirates is clear about what harms Saudi Arabia and its people harms us as Emiratis and what is issued to Saudi Arabia is in accordance with common specifications,” one of DMO’s tweet read.

Dubai’s lead communication arm furthered that the untruthful claims must have been instigated by social media users and influencers from countries known for their hostile orientations to the UAE and Saudi Arabia.

Jafza, being the home to 529 multinational food manufacturers including Mars and Nestle, caters to more than 130 countries, making it one of the most trusted and leading food and trade hub in the whole world. 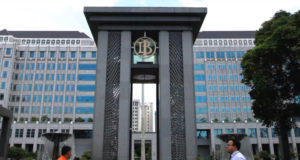