Several companies in Singapore have imposed hiring and salary freeze as they grapple with financial constraints amid coronavirus outbreak.

On Wednesday, the country’s largest developer CapitaLand announced that it will suspend giving wages to employees at the managerial level and above. While its board members and senior management will take up to 15% pay cut beginning April 1.

This, according to CEO Lee Chee Koon, serves “as a show of togetherness and solidarity with its stakeholders.”

State investor Temasek Holdings has also set aside its budget for salary increases and promotion raises for all workers to exercise restraint and prudence in light of the COVID-19 situation.

Based on the company statement, “its senior management will also take a partial cut in their annual bonuses this year, with the funds going towards a contingency fund to support community-related efforts to support those affected by the virus.”

Temasek said that the extent of the freeze will depend on the market conditions. It has also implemented the same measures during the SARS outbreak in 2003 and the Global financial crisis in 2008.

Meanwhile, Singapore Airlines has executed hiring freeze for all ground positions following the current excess in staff due to thousands of canceled flights.

Non-essential duty travel was also suspended by the country’s flag carrier. The management said it might also offer unpaid leaves to its staff should the crisis worsens.

SIA Chief executive officer Goh Choon Pong told media that “the group — comprising SIA, SilkAir and Scoot — has temporarily suspended over 3,000 flights, or 9.9% of all its scheduled flights, from February to end-May.”

Goh furthered that they are closely monitoring the situation and are planning to seek help from tourism agencies to encourage travelers to fly to and through Singapore.

The Ministry of Health said there have been 93 confirmed coronavirus cases in the country as of Wednesday. Two-thirds of these patients have already recovered and were discharged from hospitals. 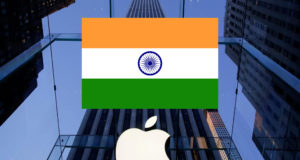 Merry Gel Sigui - February 29, 2020
0
Apple has been given the green light to open its first Indian store by 2021 after it received a special approval from...