The Court of Arbitration for Sports (CAS) will soon hear Russia’s appeal on its four-year Olympic ban as it was formally referred by the World Anti-Doping Agency (WADA).

United Nations Educational, Scientific and Cultural Organization (UNESCO) defined ‘Doping’ as an athlete’s use of prohibited drugs or methods to improve training and sporting results.

The imposed ban prohibits Russian athletes in competing at giant Olympics unless proven that they are “neutral” competitors and not implicated in doping cover-ups.

There are likewise limitations on the country to facilitate some major sports events, and worse, its flag and anthem to be showcased in the upcoming Tokyo 2020 Olympics and Paralympic Games and football’s 2022 World Cup in Qatar.

Since 2015, Russia has been barred from contending as a nation in athletics due to vast corruption that led to state-sponsored doping scandal, declaring it as non-compliant with data requirements set by WADA.

But it was controversially reinstated by the global agency two years ago with claims that RUSADA has agreed to release data from its Moscow laboratory for the covered years.

In comments to state news agency Tass, ROC president Stanislav Pozdnyakov said they are “hoping for an honest and fair ruling in relation to those issues” they disagree with. 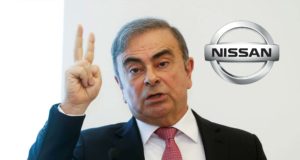