The prices of crude oil increased to $65.65 equivalent to 4.5% per barrel in Asian trade while global stock prices fell down.

Reports claim that these were brought about by worries that the growing US-Iran tensions could upset Middle East’s oil supplies.

Beginning yesterday, more than 12 ballistic missiles have already struck at least two American airbases located in Iraq said the US Department of Defense.

The striking incident was launched by Iranians hours after the burial of their country’s top commander Qasem Soleimani who was allegedly killed by a U.S. drone strike on January 3.

According to the US government, the strike was only meant to prevent an impending attack on Americans that day. It is the public officials’ mandate to prioritize the safety and interest of America and its allies in the middle east from aggressive nations like Iran.

President Donald Trump said it was his response to the measured wrong doings of Iran including the rocket attack in Iraq that killed an American contractor at a military base and the violent protests at the US Embassy in Baghdad. These unfortunate occurrences were believed to be caused by Iranian-backed militias.

Meanwhile, oil tycoon Harold Hamm earlier made clear that oil price increase has seemingly nothing to do with the escalating aggressions in the Middle East.

Hamm said that the market is headed toward a “tightening of supplies” regardless of what happens in the Middle East during his interview with CNBC, an American business news channel.

“I think we’re probably headed for $75 oil price in the next six months. That’s where the market’s going, and we’ll get there. It’s not too much to ask,” he added.

Gold and yen which are considered as safe haven assets for their ultimate store of value also upsurged sharply.

Japan’s Nikkei 225, on the other hand, hits low with the stock index dropping more than 2.5%. 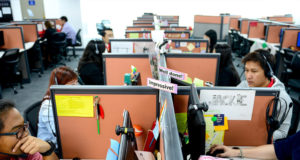 Merry Gel Sigui - March 23, 2020
0
Following the implementation of an enhanced community quarantine in the entire Luzon, including Metro Manila, the Philippine Government has ordered all Business...