Amid escalating tensions in the Middle East, the Philippine Overseas Employment Administration (POEA) has imposed a total ban on the deployment of overseas Filipino workers (OFW) to Iraq.

Labor Secretary Silvestre Bello III, who chairs the POEA Governing Board, signed on January 8 a resolution declaring “a total deployment ban on the processing and deployment of all [overseas Filipino workers], including crew changes and shore leaves of Filipino seafarers in Iraq.”

This was formalized and issued on January 14 as the Department of Foreign Affairs ordered the mandatory repatriation of OFWs in Iraq. It also raised the alert level in the conflict-stricken Iraq to level 4.

According to the Foreign and Labor Departments, there are more than 4,000 Filipinos in the Middle Eastern country; 2, 191 of which are workers in Iraq.

Environment Secretary and the Middle East Envoy Roy Cimatu, who was ordered to fly to Iraq to oversee the situation, earlier said that only half of the estimated population in the region have expressed their intent to return to the Philippines.

Transporting from Iraq which is almost landlocked has been made more difficult for OFWs. Filipinos there would have to be airlifted or transported by land to transit points in Iraq’s neighbor countries before they could ship or fly back to the Philippines.

Iraq has recently witnessed hostile attacks due to the confrontations between Iran and the United States.

Despite the tensions reportedly calming down, the Philippine government insisted to push through evacuation to ensure the safety of all Filipinos in Iraq. 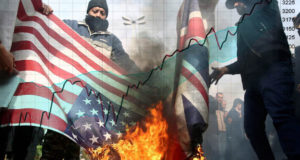 Merry Gel Sigui - January 7, 2020
0
"The new year has started with a bang in so far as volatility is concerned." Thus, said technical analyst...