Equinor, a Norwegian multinational energy company, announced that it has abandoned its plan to drill for oil in the Great Australian Bight for reasons that it is “not commercially competitive.”

The oil and gas giant was given a green light to start its exploratory drills, at a depth of 2.5 kilometers in South Australia’s coastline, after it was granted an environmental approval in December last year.

But it has apparently concluded to discontinue the plan following a holistic review of its exploration portfolio that showed better opportunities in other undertakings.

“We have received bids for the drilling rig, the helicopters, the supply base — the cost for these activities is just too high and too expensive to go ahead and drill the well,” explained Equinor Australia company manager Jone Stangeland.

The Australian government was extremely disappointed with Equinor’s decision as it is very supportive of extracting the possible oil riches in the bight.

Federal Resources Minister Keith Pitt said that the government is open to future exploration provided that the proposals will be subjected to fair and independent assessment.

“The Liberals and Nationals Government remains committed to encouraging the safe development of Australia’s offshore petroleum resources,” he added.

Environmentalists, for their part, saw this decision as a huge win. For the past months, thousands of activists protested against the development and repeatedly warned that drilling is a major threat to wildlife and natural resources. 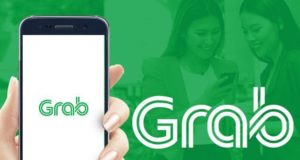