As the coronavirus pandemic worsens, millions of workers in Bangladesh’s garment factories are being released from their respective companies without incomes.

Bangladesh is considered as the world’s second largest apparel producer next to China. Its apparel industry accounts for 80% of the country’s exports.

The country is where clothing retail giants like H&M, Marks and Spencer and Target produce most of their goods.

Unfortunately, several brands and retailers have been cancelling orders recently due to coronavirus-driven lockdowns worldwide.

This leaves Bangladesh losing up to $6 billion in export revenue this financial year and more low-wage workers losing their jobs.

“We’ve lost more than $3 billion due to the crisis. All our orders until July have been cancelled or suspended,” Mohammad Hatem, vice president of Bangladesh Knitwear Manufacturers and Exporters Association (BKMEA), said.

He added that many factories in the poor nation will be closed if the cancellations continue adding that most buyers now also refrain from placing new orders.

“Suspended orders will eventually get cancelled. All these orders were placed for summer and it takes three months to get these delivered. If they are not taking supplies now they will not take it when the summer is over,” Hatem explained.

According to the Bangladesh Garment Manufacturer’s Export Association (BGMEA), more than 1000 factories have reported cancellations of around 864.17 million pieces in total. This is equivalent to a $2.81 billion export losses.

“With so many orders cancelled and on hold and with no visibility of any confirmed direction, we are at a complete loss at this moment,” said BGMEA President Rubana Haq.

Meanwhile, the laid-off factory workers were left with no choice but to return to their overcrowded homes without any resources that will help them battle the pandemic.

However, economists and businessmen said that the amount is “not enough” to save the crucial industry and to pay all the workers in this dire situation. 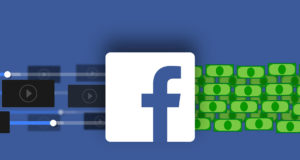 Merry Gel Sigui - January 13, 2020
0
Social media site Facebook announced that it would stick on its policy allowing political ads on its platform despite criticisms that politicians...