KNM Group Berhad’s (KNM) Director and CEO, Lee Swee Eng and his inlaw Director Chew Fook Sin who was both Directors of the former Indonesian KNM Subsidiary company PT. Heat Exchangers Indonesia (HEI) along with PT. KPE Industries (another KNM Subsidiary Company), were found guilty by the Supreme Court of Indonesia of Harming Creditors in an attempt to remove assets from a bankrupt company using dubious internally generated related party agreements and transactions.

KNM has appealed this decision and lost in a Supreme Court ruling dated February 2016.

The Court has ordered that all assets and funds illegally transferred out of the company be returned for the benefit of the Creditors. This begs a lot of unanswered questions. Did those assets end up back in the hands of the creditors as ordered by the Supreme Court? Who were the creditors? What happened to the workforce and pension fund?

See the actual court documents and decision at the bottom of this page that was recently obtained directly from Supreme Court.

We continue to explore just how this information was covered up and the impact it has had on the KNM Group Berhad shareholders. There appears to be no record of disclosure of this material, dubious and illegal activity by KNM and its Directors. Apparently, KNM’s management decided it was not important enough to disclose to the public or its shareholders. Why has the Bursa Malaysia not taken action as it did earlier in 2011 when the company was fined for not making other material and appropriate disclosures?

How come the independent auditor KPMG did not make note of this in the annual report? Seem like a material event that should have been disclosed.

The answer may be that among the KNM Group Board of Directors is CEO & Director Lee Swee Eng, his wife Director Gan Siew Liat, and the inlaw Director Chew Fook Sin. They appear to control about half of the board of Directors at the time of these illegal activities. How can any public company allow guilty directors any further involvement in the internal workings of the company or the public trust? It seems unheard of. Unverified rumours are surfacing that many previous and current KNM Shareholders are getting together and considering formal legal remedies against KNM Group for being deceived. Under the Management of CEO Lee Swee Eng, the share price has tumbled more than 90% from over RM1.00 in 2014 to less than RM0.10 in 2019. A huge loss for so many. Even with the latest rebound above RM0.30 in the past few weeks, many questions remain unanswered for those who have lost.

Public companies have a higher standard of duty to protect their Shareholders from Directors and Management misdoing and any illegal behaviours.

This is still a developing story with more to come. Thanks to those who have contributed documents and background details. Feel free to add anything by contributing to the story. 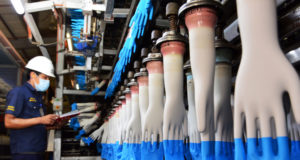