Ola, an Indian ride-hail company, began its operations in London on Monday as part of its continued expansion in the United Kingdom.

The firm, which already offers services in seven other UK towns, received a 15-month license to operate in London in July last year.

A total of 20,000 registered drivers were recruited by Ola for its launch and it plans to take zero commission for the first few months.

Simon Smith, head of international at Ola, said in an interview that they are also focusing on safety and reliability.

Ola’s app is equipped with safety features such as the “panic button” that passengers can push in case of any untoward incident and one that traces the driver’s route and reports irregularities.

Smith also shared his delightedness over the number of downloads of their firm’s application by the Londoners.

“We are confident that we can become the market leader in London within a year,” he said.

Ola, which is one of India’s most valuable tech firms, is said to compete with America’s Uber which current status in England’s capital remains complicated after its renewal for license got declined due to safety failures.

Media reports said that this is the second time in two years that Uber’s license was denied in London.

Despite having 45, 000 drivers in London, the largest among competitors, Uber is not spared from issues as it also faces charges over its drivers’ employment status and unpaid tax bill.

To date, there are almost 12 app-based ride service providers across the UK. These include Bolt that has 35,000 drivers and Kapten which recruited 20,000 drivers. 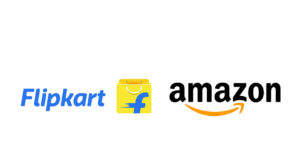 Merry Gel Sigui - January 14, 2020
0
The Competition Commission of India (CCI) has launched a massive investigation into eCommerce giants Amazon and Flipkart who were allegedly involved in...