Amid its remarkable rise from the pre-crisis era that allowed economic industrialization, Malaysia has incessantly face public backlash due to its embroilment in several political, financial and business ethics scandals.

Topping the list is the 1Malaysia Development Berhad scandal or 1MDB scandal in 2015 that occurred when former Malaysian Prime Minister Najib Razak was accused of channeling RM2.67 billion (US$700 million) from the government-run strategic development company to his personal accounts.

His cohort Malaysian financier Low Taek Jho, who played a huge role in the massive graft scandal, remains at large.

Meanwhile, major corporate companies also made headlines because of irregularities in internal controls and intentional deceptions that allowed the masterminds to pocket millions of cash while putting thousands of people at risk.

Four years ago, two top executives of Malaysia’s KNM Group Berhad were declared guilty of troubling debtors by illegally claiming assets from an insolvent firm through malicious and dubious procedures.

The Supreme Court of Indonesia ruled against the accused KNM Director and CEO Lee Swee Eng and his in-law, Director Chew Fook Sin after they were found to have violated the bankruptcy law. The latter director served as the former director of two subsidiaries namely PT. Heat Exchangers Indonesia (HEI) and PT. KPE Industries.

Until now, it remains unclear whether the huge money laundered was already given back to the deprived creditors as ordered by the Indonesian government.

Malaysian authorities, for their part, should have taken necessary measures to ensure that the accused officials will not commit further wrongdoings.

However, it was found that the top executives have managed to maintain their posts in the investment holding and process equipment manufacturing firm.

This has saddened observers because it seemed that the country’s public officials did nothing to restrict the individuals who were once chased by the judiciary.

Given these scenarios, it is not shocking that there is now a record-breaking decline in public trust to both public and private institutions in the country. The scandals, that have not only victimized local but also foreign firms, have tarnished Malaysia’s image as a safe place for doing business.

Analysts say that these financial and corporate misdeeds will more likely to happen over and over again because the Malaysian Government lacks iron fist and strategic policies that would halt unethical doings in the marketplace.

In 2018, a study showed that the majority of Malaysian businesses are “still uncertain about government laws and regulations” that concern trade and investment, taxation and corporate security.

Despite the implementation of commerce-related guidelines, experts say that there are still deficiencies in clear and comprehensive direction from public officials. And this, unfortunately, dents foreign investors’ confidence in investing money in the country.

The little to no enforcement of Malaysian authorities likewise allows more greedy corporations to embezzle funds from other foreign firms.

The government should not waste time and must act promptly to protect small businesses from fraudsters and swindlers.

Researchers also suggest that “Ensuring consistent policies and providing adequate transition time for any policy changes is another area that businesses would like the government to address.”

If the uncertainty continues and the government still fails to communicate a clear, consistent and comprehensive economic policy, more people and entities may quickly turn downward and lose their optimism in Malaysia. 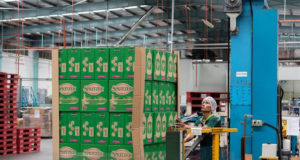