Pakistan: Huge rallies were held in cities across the South Asian country in favor of the ex-premier and against “foreign interference.” A day after Khan’s removal in a parliamentary no-trust vote.
Hundreds of thousands of protesters have rallied across Pakistan. While protests also took place in several countries in support of Imran Khan who was ousted in a parliamentary no-trust vote as prime minister. Even as the political opposition in South Asian countries prepared to install Khan’s replacement.

Imran Khan’s supporters marched in cities across Pakistan on Sunday, waving large party flags and vowing support. The youth, who make up the backbone of Khan’s supporters, dominated the crowds.

In the southern Arabian Sea port city of Karachi, a massive crowd of Imran Khan’s supporters shouted slogans promising Khan’s return to power. “No to imported government,” said one placard in Karachi as protesters chanted: “Any friend of America is ta traitor.”
In the capital of Islamabad, the lights from thousands of supporters lit up the night sky as Khan made his way through the crowd atop a brightly colored.

“In a democratic system, the final voice will be the voice of the people. And the voice of the people is Imran Khan,” said Ambareen Turk, a local party activist who joined protesters in Islamabad.
A large number of protesters including women and children turned up in northern Peshawar city in solidarity with the ousted prime minister.
In eastern Lahore city, crowds chanted slogans against a “foreign conspiracy” to overthrow an elected government of Pakistan, The Express Tribune said.

Thousands of Khan’s supporters held protests in the UK, Australia, and UAE.
In London, demonstrators converged in Hyde Park and outside former PM Nawaz Sharif’s home and pledged to oppose any “imported” government.

Many protesters said they will not send back remittances until Imran Khan was reinstated as prime minister, the Daily Mail reported.
Imran Khan has called on his supporters to gather after the end of the daily dawn-to-dusk fast during the Muslim holy month of Ramadan. His supporters accused the United States of orchestrating his ouster and his party walked out of Parliament shortly before the vote.

In the end, 174 lawmakers in the 342-seat Parliament voted to depose him, two more than the required simple majority.
Imran Khan’s successor is to be elected and sworn in by Parliament on Monday.
The leading contender is Shahbaz Sharif, the brother of disgraced former PM Nawaz Sharif.

Shahbaz Sharif heads the largest party in a diverse alliance of opposition factions that span the spectrum from the left to religious. Imran Khan’s nominee for prime minister will be his Foreign Minister Shah Mahmood Qureshi.

“Plan to oust Imran Khan has backfired. There are more and more public protests happening almost all over the country. The public reaction does show he enjoys widespread support,” Pakistani political analyst Javed Rana told.
“I think it will be very difficult for the new government to govern because Imran Khan is going to give them a very tough time. The new government will have to hold early elections.”

Imran Khan’s ouster comes amid his cooling relations with the powerful military and an economy struggling with high inflation and a plummeting Pakistani rupee.

The opposition has charged Imran Khan’s government with economic mismanagement and bungling foreign policy. Imran Khan has claimed the US worked behind the scenes to bring him down, purportedly. Because of Washington’s displeasure over his independent foreign policy choices, which often favor China and Russia.

He has occasionally defied America and stridently criticized America’s post 9/11 war on terror. Imran Khan said America was deeply disturbed by his visit to Russia. And his meeting with Russian President Vladimir Putin on February 24, was the start of the assault in Ukraine.

“Pakistan became an independent state in 1947, but the freedom struggle begins again today against a foreign conspiracy of regime change. It is always the people of the country who defend their sovereignty and democracy,” the former premier said earlier on Sunday.

The Pakistan Election Commission, which oversees polls, told the Supreme Court last week it had still to finish re-aligning constituencies. In line with the results of a 2017 census before polls could be held.

Imran Khan has won international praise for his handling of the Covid pandemic opting for so-called “smart lockdowns.” Where outbreaks occurred rather than countrywide closures that helped protect some industries like the construction sector.
His reputation for fighting corruption has brought a record $21 billion in deposits from overseas Pakistanis.

But he has not been able to overcome an increasingly strained relationship with the Establishment. Which has ruled Pakistan directly for more than half its 75-year history and indirectly from the sidelines when civilian governments ruled.

Imran Khan’s opponents say the Establishment helped him win the 2018 elections after it had fallen out with Nawaz Sharif, who was convicted of corruption after being named in the so-called Panama Papers.

These papers are a collection of leaked secret financial documents. Showing how some of the world’s richest hide their money and involving a global law firm based in Panama.

Pakistan’s Supreme Court disqualified Sharif from holding office. He lives in London in self-imposed exile. After being convicted in a Pakistani court of corruption. He was sentenced to 10 years in jail. 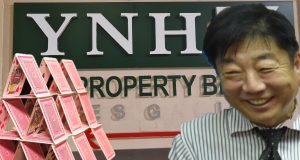