The Chancellor of Germany, Angela Merkel, hopes to address the issue of whether to exclude Huawei as a supplier of the country’s 5G wireless equipment.

Merkel is scheduled to meet senior policymakers as her own party is now divided by the dispute. Some want to totally shut down China’s technology giant while others oppose this idea that was proposed by the Social Democrat junior coalition partners.

According to reports, resistance against Huawei grew among German lawmakers as they seek to tighten technical requirements for 5G suppliers and ban those proven as “untrustworthy”.

This is in accordance with the Social Democrat’s bill that requires the exclusion of telecom vendors from other countries that lack constitutional supervision.

Earlier, Bloomberg has reported that “hidden back doors” were found in Huawei equipment that could have given China access to spy users’ home networks.

Shenzhen-based Huawei has repeatedly rejected allegations of its gears’ ability to spy and sabotage.

Huawei’s German patrons expressed that the ban would require their country more years and billions of costs in order to launch 5G networks. 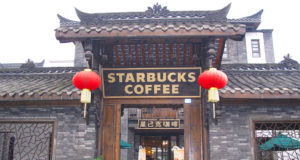