The Philippine National Police-Criminal Investigation and Detection Group (CIDG) nabbed a Filipino-Chinese businessman for profiteering and hoarding of medical supplies amid the coronavirus pandemic.

Based on the investigation, Chua was selling volumes of overpriced medical supplies such as non-contact infrared body thermometers which he sells for a price of P4,700 ($92.41) each.

The members of the CIDG confiscated 100 pieces of infrared body thermometers with an estimated market value of P235,000 and marked money from Chua’s possession.

Reports said that “Chua and the pieces of evidence were brought to ATCU office for proper disposition while violations of RA 7581 as amended by RA 10623 (Price Act), RA 7394 (Consumer’s Act of the Philippines), and Section of RA 11332 are being readied for filing” as of March 31.

Meanwhile, a 41-year-old female from Camarines Sur was also nabbed by the CIDG after being caught in the act of selling alcohol for a huge amount.

Authorities said that the seized items, including 51 gallons of isopropyl alcohol and five thermal scanners, cost a total of around P98,700 when its total value shall only be P27,710 based on the government’s suggested retail price.

Local and international law enforcement agencies remind the public to remain vigilant as criminals are attempting to exploit COVID-19 worldwide through a variety of scams and wrongdoings. For their part, they have ensured to continuously detect, investigate, and prosecute any crime related to the crisis. 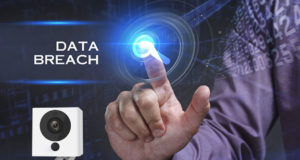