The continued closure of factories in China due to the coronavirus threatens the supply of medicines worldwide as the production of active pharmaceutical ingredients were disrupted.

China is the world’s largest maker of drug ingredients and particularly supplies those used for treating diabetes, blood pressure, headaches and fevers.

With this, the Government of India has limited the export of some common drugs including the widely-used fever reducer Paracetamol and over-the-counter pain relievers.

India is the largest provider of generic drugs globally but its drug makers rely on the mainland for almost 70% of the chemical ingredients in their medicines.

“Even drugs that aren’t produced in China get their base ingredients from China. Globally there could be a shortage if China and India both get hit,” said Shaun Rein, an analyst from the China Market Research Group.

The Indian government said that its stocks could last up to three months but experts claim that shortages may still arise if Chinese factories, which are closed for six weeks now, continue to remain shut.

“With factory and city shutdowns, in the short term it’s manageable, but in the medium to long term there will be an impact, and raise the question of whether there is a need for companies to shift supply chains,” said health care industry adviser Xiaoqing Boyton.

Europe and the United States have similarly expressed that they are monitoring the situation and are bracing themselves for the potential impacts of the virus in medical product supply chains.

Although no supply disruptions were reported yet, US President Donald Trump said they are eyeing for other global suppliers that can provide drugs and other medical supplies for America. 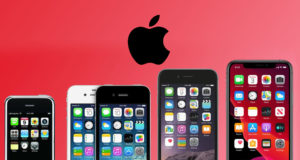 Merry Gel Sigui - March 3, 2020
0
United States’ technology giant Apple has agreed to pay up to half a billion dollars to settle litigation claiming that it slowed...