Deutsche Bank is trying to rebuild its banking reputation by
removing itself from investment banking and revamping its corporate division in
improving present business relationships and taking in new customers beyond the
traditional blue-chips clientele.

Chief Executive Christian Sewing is attracting Online retailer
Zalando to do business by holding its cash holdings for free rather than
charging a fee, but Zalando declined. The company, which has grown to a
5-billion-euro conglomerate in just 11 years, wanted to keep its cash in a
variety of financial institutions even it has fees.

With the Zalando’s refusal, the bank is struggling to make
corporate banking the heart of the organization when it went wayward trying to
be the one of the biggest trading players on Wall Street for the past 20 years.
Since then foreign and domestic banks has taken over the competition where
Deutsche Bank used to be the dominant force in the local market.

Sewing admits Deutsche has shrunk its presence in the domestic
market but will continue on to make the bank the leading institution for
company executives and to lend a hand to make Germany corporations to become
global business giants.

For now, it must build better relationship with the Mittelstand
companies which are the foundation of the country’s economy.  It slipped from fifth to sixth place in bank
transactions for the country’s business firms, this according to Dealogic, a financial
markets platform that analyzes financial firms.

But now there is talk of a merger of all its banking
operations into one large division and concentrating on mid-size companies
known as Mittelstand, as well as blue-chips. And also plans to spread its wings
to eastern Europe and Southeast Asia.

Still it has a long way to go to bring back the confidence of
the clients and investors alike. Bank regulators think that Deutsche Bank is on
its way back to recovery after it was in the news that it will have to pay a
multi-billion penalty to the US for its involvement in the US mortgage crisis.

With 5 billion euros in annual revenues for its banking
business, CEO Sewing expects it to increase to 6 billion euros until 2022 by
doing business with Germany’s 30 corporations in the DAX stock market index. 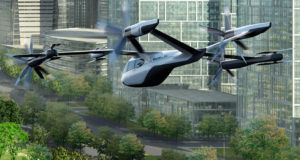