The trading in Hong Kong has been hit harder by the novel coronavirus compared to the six months of anti-government protests, according to financial analysts and businessmen.

Financial Secretary Paul Chan Mo-po said that the virus has notable negative impacts as it hammered tourism and retail sectors which their city greatly relies for economic growth.

Analysts say that the four pillars of Hong Kong’s economy are tourism, trading, financial and other professional services.

Meanwhile, international fashion firm Burberry said that the health crisis has a devastating effect on the economy as Chinese and foreign consumers stopped purchases from goods market due to the virus fears.

Burberry, which has closed at least 24 of its 64 Chinese branches said, “The outbreak of coronavirus in mainland China is having a material negative effect on luxury demand.”

Some investors said they have survived the months-long protests but they are now more concerned over the virus which could potentially lead to a bigger problem.

The risks of infection reduced major social and leisure activities in Hong Kong. As a result, sales halved and several stores were forced to shut operations.

“While no financial impact assessment has been released by management, investors should brace themselves for a material hit to full-year profits,” said Share Centre analyst Helal Miah.

The Hong Kong government also warned that the unemployment rate will more likely surpass that of the last quarter as more people are now expected to lose jobs.

Even before the outbreak, the Chinese-ruled city is already facing its first recession in 10 years due to the protests.

Hong Kong’s economy dropped by 1.2 % over the course of 2019 based on the recently reported data. 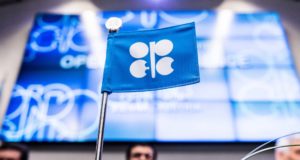