The Government of Australia has recently unveiled a stimulus package worth $11.4 billion (A$17.6 billion) designed to curb recession due to the economic impact of the coronavirus pandemic.

Prime Minister Scott Morrison said the package will primarily be intended for businesses and the vulnerable sectors that were affected by the Coronavirus Disease 2019 (COVID-19). During his announcement on Thursday, the country has recorded 136 confirmed cases of the virus and three deaths.

The stimulus package also comprises a $650 million (A$1 billion) fund for the tourism sector which has already lost billions due to the bushfires that started to rage late last year.

The Department of the Treasury said they target to distribute most of the money before the end of June which marks the culmination of the financial year.

A separate $1.6 billion spending plan for medical services was also announced by the government as it braces for the worst-case scenario due to the rapid spread of the virus.

The Reserve Bank of Australia has cut interest rates and ensured that it will further ease monetary policy to cushion the economic effects.

PM Morrison has repeatedly reassured his countrymen that the government is “well prepared and well equipped” to deal with the crisis. 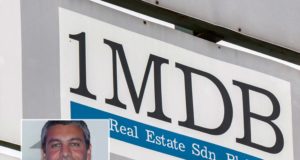 Bank exec barred by FED for involvement in Malaysian scandal

Merry Gel Sigui - February 7, 2020
0
A senior executive of Goldman Sachs Group was permanently banned from working in the banking industry after he was found to have...