The Australian government announced that it plans to spend $79.85 billion (A$130 billion) to subsidize the salaries of more than 6 million workers who were affected by the coronavirus.

This marks the third tranche of stimulus package designed by the government to cushion the economic impact of the pandemic. The additional funding brings the package to a total of $197 billion (A$320 billion) or approximately 16.4% of the country’s gross domestic product.

Prime Minister Scott Morrison said that funding was necessary to ensure that struggling businesses will keep afloat and retain their staff.

“We must have a running economy to get through this…This is an incentive to keep people on, doing actual work … they can keep them on the books, on the payrolls,” he explained.

The “job keeper” allowance can be applied for by any company that lost 30% of its revenue. Every employee in eligible companies will be paid of A$1,500 bi-weekly for six months.

According to reports, those who have already lost their jobs will still be qualified for the payments through their former employers.

The Prime Minister also said that aside from the stimulus package, 98% of companies will be allowed to extend loan repayment to six months.

With these positive news, Australia’s share market closed 7% higher and the S&P/ASX 200 index climbed over 100 points.

Analysts say that the relief funds will limit some of the economic downside in the country amid expectations that Australia’s A$2 trillion economy will slip into its first recession in almost 30 years.

“There is no measure that anyone can design that is perfect…I think it’s a pretty good start,” said Matt Comyn, the Chief Executive of the Commonwealth Bank of Australia. 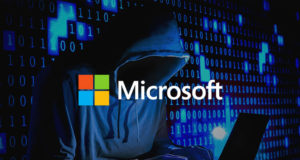 Merry Gel Sigui - January 4, 2020
0
Microsoft was delighted to announce that it had taken control over 50 websites that were operated by a hack group in North Korea.