The European Court of Justice (ECJ) has ruled in favor of Amazon in a legal battle launched by Coty Germany over the sales of unlicensed Davidoff perfumes.

Coty, the holder of Davidoff’s license in Europe, claimed that the American e-commerce giant infringes on its rights by storing and delivering bottled scents and selling these on its Marketplace platform.

The German arm of the beauty company stressed that the products “have not been put on the European Union market with Coty’s consent.”

However, the ECJ handed down its decision stating that mere storage of trademark-infringing goods does not constitute an infringement by Amazon of those trademark rights.

“A company which, on behalf of a third-party seller, stores goods without being aware that they infringe trade mark rights does not itself use that trade mark, so long as it does not pursue, like the seller, the aim of offering the goods for sale or putting them on the market,” the court ruling read.

The online retailer welcomed the decision and added that it restricts products that infringe on intellectual property and spends millions of dollars to settle disputes related to fake goods.

Under the scheme “Fulfilled by Amazon”, the retailer’s Marketplace is used by millions of independent sellers who pay fees to make use of Amazon’s warehouses and logistics.

“Amazon continues to invest heavily in fighting bad actors on our store and is committed to driving counterfeits to zero,” the company spokesperson said. 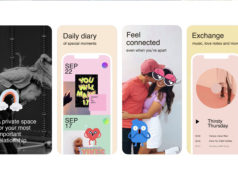 Merry Gel Sigui - December 31, 2019
0
The high court of Turkey has ruled that the government’s two-year-old ban on Wikipedia is unconstitutional. Following a 10-6 vote...